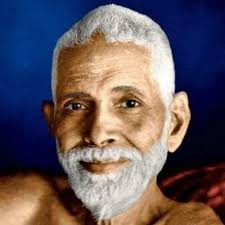 Below (in translation) are the only teachings of Sri Ramana Maharshi ever written directly by his own hand.

Ramana Maharshi (1879 – 1950) was a realized Hindu sage and 'jivanmukta'. He was born as Venkataraman, but is now known as Bhagavan Sri Ramana Maharshi.