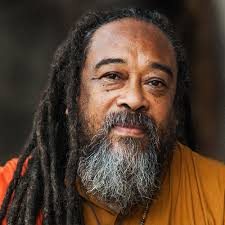 Dont Be a Person

Mooji (born Anthony Moo-Young, 1954) is a Jamaican spiritual teacher, based in the UK and Portugal. He gives talks (satsang) and retreats. Mooji lives in Portugal, where he runs an ashram called Monte Sahaja.

In late 1993, the teachings of the Indian saint Ramakrishna drew Mooji to India. While in India he met his master, H.W.L. Poonja (Papaji) in Lucknow. After several months of attending satsang with Papaji, Mooji wrote him a letter that was read aloud in satsang. Mooji says that as Papaji spoke to him, a wave of anger and resistance arose in him, and he only recalls Papaji saying, "If you wish to discover the Truth fully, you must vanish."

After satsang, Mooji went for a walk and suddenly the turmoil he had been feeling vanished in a single moment. He says, "There was simply no reference or memory of ever being a ‘me’. I could see the body but I knew it wasn’t ‘me’. There was just space."